From Burdened To Free

From Burdened To Free

This Sunday we talked about crossing the bridge from burdened to free. About looking forward to what God can do, not back. I wrote this blog several years ago, but it's still so true, and hopefully a good reminder to you today.

My dad called me, that’s how I knew something was wrong. It was February 2012, and I got worried right away. Don’t get me wrong, we talked, but usually text messages would suffice. We didn’t like talking on the phone because we would both do that annoying thing when both people start talking, then stop, then start talking again at the same time. It’s terrible. But when he called me one Tuesday afternoon I knew something was wrong, sometimes what was wrong was a technological issue he was having, but this time it wasn’t so easy. He cut right to the chase, my mom had cancer. It was in her thymus gland. His tone was grim and the conversation was brief, but I’ll never forget it. The silence while Whitney and I sat on the couch. The messages I exchanged immediately after with my siblings. The hurt, the pain.

Another reason I won’t forget it, at that same time in my life, I was spending an hour every week with a man whose body was being ravaged by cancer. Luckily, his mind, his humor, his personality was there, but it broke my heart that every week he was less able, every week less mobile, less cheery. Sometimes when I would visit he would fall asleep for a part of our visit, but he’d wake back up and keep telling the same story. But I stopped by every Monday, he told me the same stories, made the same predictions, but he just kept getting more feeble. His death was near, I had already started thinking about his funeral message, I had already accepted the fact that a man I called my friend was going to die, I’ve always known that cancer was a bad word, but now, it was inside of my mom? The woman who held me, who read “I’ll love you forever” more times than I can recount? Now she had cancer? There was very little air left in my lungs anymore, I just sat, for hours.

A few weeks later, my mom had surgery, it went well (and 8 years later she’s still cancer free!). I spent most of the week in Tennessee by her side, and home with my dad because I wasn’t even sure he knew how to turn on the dishwasher. But he was doing well, mom was coming home, and Charlie’s son had called to tell me he was taking a turn for the worse. So I headed home. It’s a 4.5-hour drive from my parent’s house to mine. I made it 20 times that year, for appointments and check-ups and procedures for my mom, but I have no memory of this particular trip home. Apparently, I came home and kissed my wife, before heading to Charlie’s house, but I don’t remember that either. I stopped at BP to buy a pop, but that’s just what other people tell me. And for some reason, one I’ll never figure out, I drove by Charlie’s house, and turned back around, meaning that I was going to have to turn left from the AA into his driveway.

All I know is that I remember leaving my mom’s hospital room and the next thing I remember hearing the nurse ask “do you know where you are?” And looking around, I could tell it was a hospital, so I said, “University of Tennessee medical center” and Whitney, holding my hand said, “no honey, you’re at UK you had a car wreck.” And I said “I had a car wreck? Was it my fault?” Whitney would patiently respond (she told me later this was the 33rd time I asked these same questions, it was just the only one I remember) “no honey, someone rear-ended you.” Then she would list my injuries, concussion, fractures, and breaks, tell me about a helicopter ride to Lexington. Then I would ask “why did I say Tennessee?” And painfully, Whitney had to remind me my mom had cancer, and every time I would get teary-eyed as if it was the first time I found out and she would patiently tell me that Charlie wasn’t doing well, and I had been trying to turn left into his driveway and a dodge ram pickup rear-ended my stopped Hyundai Elantra while he was doing 65.

I remember lots of visitors and plenty of naps. Later I saw pictures, heard stories, and I knew one thing was for sure. I almost died on May 18, 2012. So for weeks, months I would drive by Charlie’s house, and I would think, “I almost died there, I should be dead.” I would shudder and cringe, but keep going. In fact, a few weeks later Charlie passed; we rode in the hearse right by his house, even the funeral director said, “son, I can’t believe you lived.” Then a moment came when I stopped thinking about how I almost died, and I started realizing, I needed to stop focusing on being almost dead, but it was about being fully ALIVE.

I’m alive, my mom’s alive, and even though we laid Charlie’s body to rest here on Earth that same spring, he’s alive too. See, he’s a different kind of alive. His earthly body is dead, but his eternal life is still happening, today–he’s alive in paradise. He is not dead; he has simply gone on to the life that God promised him. For him, it was a cold January evening and we buried his old self in the water, and he came up, ALIVE. Jesus came to earth to give dead things life.

This is the promise that Paul makes in Romans Chapter 8. 10 But if Christ is in you, your body is dead because of sin, yet your spirit is alive because of righteousness. 11 And if the Spirit of him who raised Jesus from the dead is living in you, he who raised Christ from the dead will also give life to your mortal bodies through his Spirit, who lives in you. What does it mean? What does it mean to truly be alive? For sure, we all understand it to some level, obviously, we’re alive because we’re here, breathing in, breathing out. But the fact of the matter is there are some of us who feel the furthest thing from alive. The facts say yes, but there are people who are more likely saying: ‘maybe.’

Maybe you know a little bit about that second category, you can point to a moment where you said goodbye to someone you loved or someone you thought loved you left a note that just said, “goodbye,” and your whole world suddenly left. Or maybe it was a slower process than that, and there isn’t an individual moment where your life seemed to end, but the constant drain of the job that you hate, or the family that is never what you expected to be. The consistent let down of unmet expectations has just drained the life out of you like the constant drip of a faucet. You can’t spot just that one thing; it’s just been life, slowly, painfully, pummeling you into the ground. All that’s left is this outer shell of yourself, and ‘alive’ is hardly how you feel. You can relate to a study I saw recently, over 10% of people surveyed said they honestly feel like they would just be better off if they were dead.

Or maybe yours is even deeper than that. You’ve given your life to Christ, you remember coming out of the baptismal waters, feeling that first breath you took after you claimed Jesus as your savior, after you died to your old life. You were told when you came out of the water you would have a new life, that you would be made alive, but the fact of the matter is, you feel just as dead as you did before, now you just have a little more hope. Or, you’ve never experienced that, and you’ve lacked, you’ve yearned for something, but nothing seems to make you feel ALIVE. You’ve realized that what e.e. Cummings said about life is totally true for you:

You wouldn’t count yourself as dead, but you certainly aren’t sure you feel alive. Today, I’m here, to remind you. Maybe to tell you for the first time. You, reading these words, you are alive. If you think you’re dead, you can be made alive, by the same God who raised people from the Grave. You see, so often, life in Christ gets made out to be this set of rules, this list of avoidances, or even, this list of “Must do’s” but we miss what could be one of the most crucial parts of following Jesus. We have been made ALIVE.

So this is my challenge to you. First, is to realize, or to decide for the first time that you’re going to be ALIVE. And to do something about it. Not just take crazy risks, not just be selfish, but to realize that you are in fact ALIVE, and life is good because you are here. Choose Jesus today, find a way, maybe for the first time, to live in a way that makes you feel ALIVE, it is possible. There is hope. 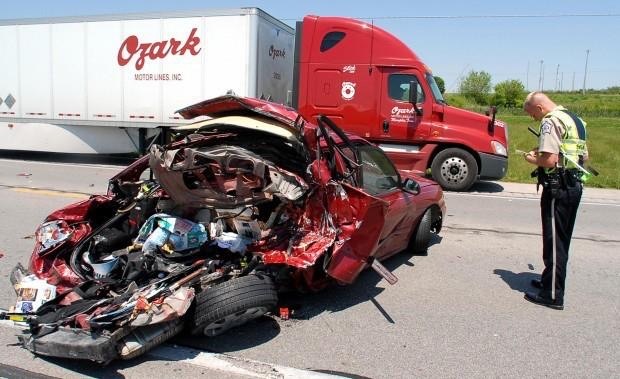